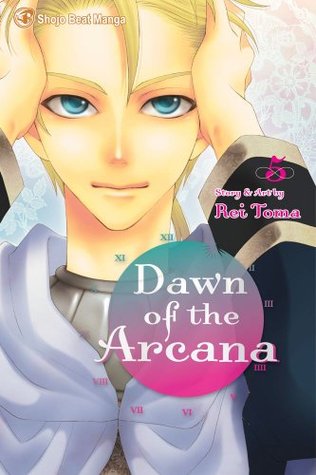 Princess Nakaba of Senan and Prince Caesar of Belquat only married each other for the sake of peace between their two warring countries, and no one expected there to be love between the unlikely couple. But as Nakaba and Caesar grow close, political forces threaten to tear them apart--especially when Caesar’s brother Cain leads an attack on a village Nakaba is trying to save! As things heat up, will Caesar be able to protect Nakaba against his own brother?

Dawn of the Arcana, Vol. 5 Reviews

Rei Toma (Japanese: 藤間 麗,Tōma Rei) has been drawing since childhood, but she only began drawing manga because of her graduation project in design school. When she drew a short-story manga, "Help me dentist" (ヘルプ me デンティスト), it attracted a publisher's attention and she made her debut right away. Her magnificent art style became popular, and after she debuted as a manga artist, she became known as a