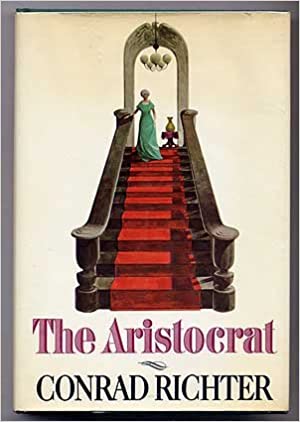 She is Miss Alexandria Morley, and in her eighties—a doughty warrior against creeping modernity and mediocrity. She has the warmest of hearts. She is the coolest of strategists. It is a joy to see her do battle.

Secure in her Victorian mansion, in “her” Pennsylvania town, flying her flag in defense of principle and old-time decorum, she takes on and outclasses the mighty coal company (she’s caught them cheating on taxes); civilizes her roughhewn young doctor (good character is no license for crudity); copes patiently (family obligations are sacred) with the poor old cousin who is a tidal wave of garrulous idiocy; stands firm against the poisonous cousin who is a knot of destructive envy; puts herself gently at the service of a sweet young cousin who cannot decide among her eligible beaux.

All around her, in her house, in her memories, the past swirls. But Miss Alexandria lives in the now. She hopes, out of courtesy to her heirs, to die when her stocks are up. She tells the truth to those who can bear it—most especially to herself.

She has learned, from the Southern belle who was her mother, to love the graces of life—and, from the mining potentate who was her father, to give no quarter to foolish circumstances. Even on her deathbed, Miss Alexandria, who has warned the officious clergyman that she won’t have anyone praying aloud over her, wins a gallant victory.

Like her dear ones and her adversaries, her servants and her fellow townspeople, the reader will take his hat off to the Aristocrat.

She is the last of her kind.

Religion in Human Evolution: From the Paleolithic to the Axial Age

Strange News from Another Star

The Upside of Falling Down

The Machinery of Life

Conrad Michael Richter (October 13, 1890 – October 30, 1968) was an American novelist whose lyrical work is concerned largely with life on the American frontier in various periods. His novel The Town (1950), the last story of his trilogy The Awakening Land about the Ohio frontier, won the 1951 Pulitzer Prize for Fiction.[1] His novel The Waters of Kronos won the 1961 National Book Award for Fictio