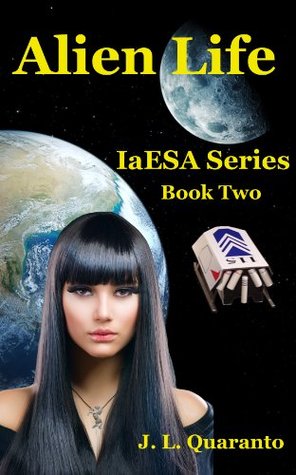 It’s been four months since the recovery of the Alorei shuttle in IaESA-Dark Energy and the Wild Mustang has just returned to the Sol system. She was on a patrol mission in the Frontier near the Alorei border with the neighboring Basten system. The captains of the Basten border patrol ships felt it was necessary to do a little sabre rattling to let the Alorei’s know that they were still around. The Wild Mustang endured the posturing by the Basten commanders and in a couple of weeks it was all over.
Astra’s ship has been recalled to help in the cleanup of the completed shuttle recovery mission by Jack Clark, CEO of Oak Industries, and the regional commander for the Sol system.
As the cleanup is winding down and her ship is preparing to leave, Astra gets a priority message from Fleet Command to stay on site in the system and await the arrival of a shuttle that has been dispatched from the Alorei home world. The shuttle is carrying specialists in weaponry and geology. When she asks what the mission details are she’s told that a liaison from the military is on board and she’ll be briefed when he arrives.
When the shuttle shows up she’s told that her ship and crew are to participate in a secret weapons program. A mineral was discovered in the recently recovered Alorei shuttle that has the weapons people at Fleet very excited. She’s to oversee the acquisition of additional mineral samples from deep within the Earth. Once acquired and analyzed the particle weapons systems on her ship are to be modified to take advantage of the enhancement properties of the mineral.
As often happens, the secret doesn’t stay a secret for long. The Basten military has no intention of standing by and letting the Alorei get a significant tactical advantage over them. They dispatch a young and inexperienced commander to acquire some of the mineral for their own weapons program. The Wild Mustang is not going to let that happen.