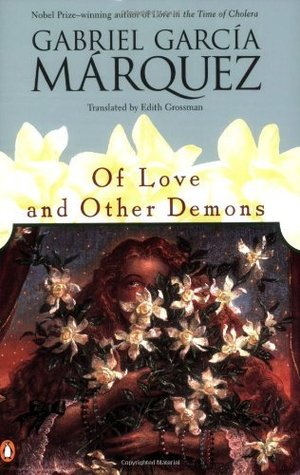 Of Love and Other Demons

On her twelfth birthday, Sierva Maria, the only child of a decaying noble family in an eighteenth-century South American seaport, is bitten by a rabid dog. Believed to be possessed, she is brought to a convent for observation. And into her cell stumbles Father Cayetano Delaura, who has already dreamed about a girl with hair trailing after her like a bridal train. As he tends to her with holy water and sacramental oils, Delaura feels something shocking begin to occur. He has fallen in love, and it isn't long until Sierva Maria joins him in his fevered misery.

Unsettling and indelible, Of Love and Other Demons is an evocative, majestic tale of the most universal experiences known to woman and man.

Readers Also Enjoyed Of Love and Other Demons

Aunt Julia and the Scriptwriter

The House of the Spirits

Of Love and Other Demons Reviews

Gabriel JosÃĐ de la Concordia GarcÃ­Â­a MÃĄrquez was a Colombian novelist, short-story writer, screenwriter and journalist. GarcÃ­Â­a MÃĄrquez, familiarly known as "Gabo" in his native country, was considered one of the most significant authors of the 20th century. In 1982, he was awarded the Nobel Prize in Literature.