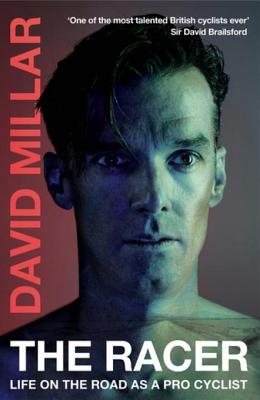 The Racer: Life on the Road as a Pro Cyclist

What is it really like to be a racer?

What is it like to be swept along at 60kmh in the middle of the pack? What happens to the body during a high-speed chute? What tactics must teams employ to win the day, the jersey, the grand tour? What sacrifices must a cyclist make to reach the highest levels? What is it like on the bus? In the hotels? What camaraderie is built in the confines of a team? What rivalries? How does it feel to be constantly on the road, away from loved ones, tasting one more calorie-counted hotel breakfast?

David Millar offers us a unique insight into the mind of a professional cyclist during his last year before retirement. Over the course of a season on the World Tour, Millar puts us in touch with the sights, smells and sounds of the sport. This is a book about youth and age, fresh-faced excitement and hard-earned experience. It is a love letter to cycling.

'Cycling has always been about a great deal more than its winners, and The Racer is quite a ride' Spectator

Readers Also Enjoyed The Racer: Life on the Road as a Pro Cyclist

Shut Up, Legs!: My Wild Ride On and Off the Bike

The Tour According to G: My Journey to the Yellow Jersey

Triumphs and Turbulence: My Autobiography

The Secret Race: Inside the Hidden World of the Tour de France: Doping, Cover-ups, and Winning at All Costs

Rough Ride: Behind the Wheel with a Pro Cyclist

Domestique: The Real-life Ups and Downs of a Tour Pro

The Climb: The Autobiography

The Racer: Life on the Road as a Pro Cyclist Reviews

David Millar is a Scottish road racing cyclist riding for Garmin-Sharp. He has won five stages of the Tour de France, two of the Vuelta a España and one Stage of the Giro d'Italia. He was the British national road champion and the national time trial champion, both in 2007. He is the only British rider to have worn all Tour de France jerseys and one of five to have worn the yellow jersey. He was a