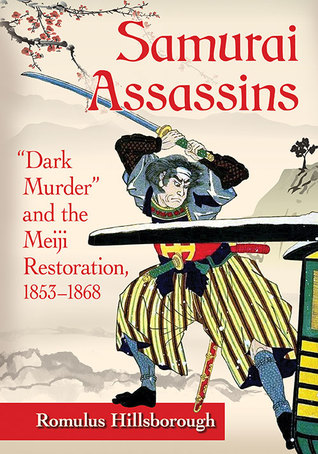 The Japanese word for assassination is ansatsu, “dark murder,” and its significance in the samurai-led revolution that was the Meiji Restoration, by which the shōgun’s military government was overthrown and the Imperial monarchy restored in 1868, forms the substance of this book. The ideology and moral philosophy of the men behind the revolution--including bushido or "the way of the warrior"--informed their actions and would become the foundation of the Emperor-worship of World War II. This first-ever account in English of the assassins who drove the revolution details one of the most volatile periods in Japanese history--also known as "the dawn of modern Japan."

Japanese Death Poems: Written by Zen Monks and Haiku Poets on the Verge of Death

Twenty Thousand Leagues Under the Sea

When the World Seemed New: George H. W. Bush and the End of the Cold War

My books tell the story of the samurai revolution that spanned the third quarter of the 19th century (aka Meiji Restoration). The samurai revolution transformed Japan from a country of hundreds of feudal domains under the control of the Tokugawa Shogun, into a modern industrialized world power under the unifying rule of the Emperor. It is the historical era that Japanese writers generally refer to