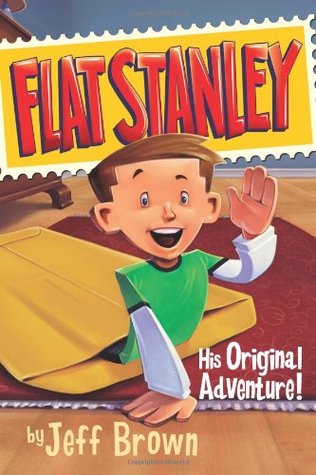 When Stanley Lambchop wakes up one morning, his brother, Arthur, is yelling. A bulletin board fell on Stanley during the night, and now he is only half an inch thick! Amazing things begin happening to him. Stanley gets rolled up, mailed, and flown like a kite. He even gets to help catch two dangerous art thieves. He may be flat, but he's a hero. This is the very first Flat Stanley adventure, updated with crisp new art.

Jeff Brown had worked in Hollywood and as an editor and writer in New York before creating Flat Stanley, a hero for the youngest readers whose adventures, with illustrations by Tomi Ungerer, were first published in 1964. Flat Stanley became the star of a series of perpetually popular books. The last, "Stanley, F