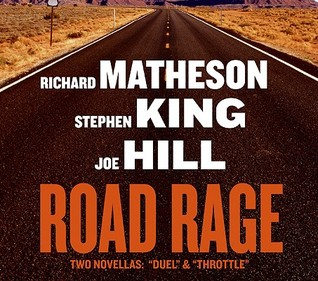 Road Rage unites Richard Matheson's classic "Duel" and the contemporary work it inspired--two power-packed short stories by three of the genre's most acclaimed authors. "Duel," an unforgettable tale about a driver menaced by a semi truck, was the source for Stephen Spielberg's acclaimed first film of the same name. "Throttle," by Stephen King and Joe Hill, is a duel of a different kind, pitting a faceless trucker against a tribe of motorcycle outlaws, in the simmering Nevada desert. Their battle is fought out on twenty miles of the most lonely road in the country, a place where the only thing worse than not knowing what you're up against, is slowing down . . .

Conquering Their Mate Wicca Teachings: An Introduction and Practical Guide Forever Yours (Forever #1) Zmysły Winged with Longing for Better Things Through Winter Skies Flattering Fashion: How to turn trends to your advantage enhancing your figure and achieving a sensational style Amish Days: The Runaway: An Amish Romance Story (Hollybrook Amish Romance) The 12 Month Millionaire Spiritual Perspectives And Human Facts

Born in Allendale, New Jersey to Norwegian immigrant parents, Matheson was raised in Brooklyn and graduated from Brooklyn Technical High School in 1943. He then entered the military and spent World War II as an infantry soldier. In 1949 he earned his bachelor's degree in journalism from the University of Missouri and moved to California in 1951. He married in 1952 and has four children, three of w