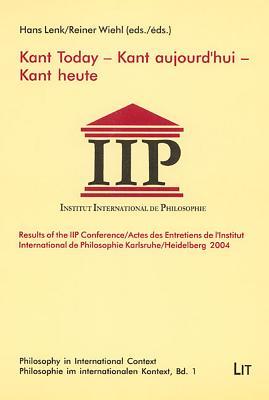 In a sense, Kant is a really up-to-date philosopher, not only in his theoretical philosophy (with its epistemological and methodological turn he labeled "transcendenta" and his emphasis on rational foundation, logical deduction and conceptual construction) but even more so with his moral and political philosophy, dealing with categorical, or "deontological," moral principles and the extension of ideas of freedom, mutual compatibility, conviviality, the indispensable dominance of law and legal procedures as well as the avoidance of violence and war not only between individuals, but also peoples, respectively. The topic of a relationship between Kant's philosophy and the approaches of other outstanding philosophers of the past and modernity through the last century (Kant's predecessors and successors in philosophy) are discussed with special treatment of their philosophical and epistemological relationships with Kant's insights.