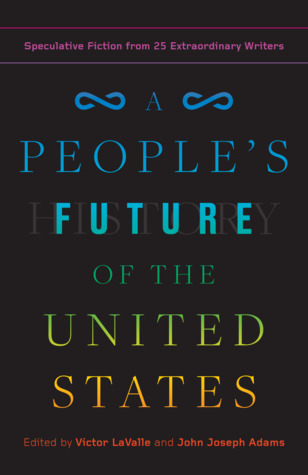 A People's Future of the United States: Speculative Fiction from 25 Extraordinary Writers

For many Americans, imagining a bright future has always been an act of resistance. A People's Future of the United States presents twenty never-before-published stories by a diverse group of writers, featuring voices both new and well-established. These stories imagine their characters fighting everything from government surveillance, to corporate cities, to climate change disasters, to nuclear wars. But fear not: A People's Future also invites readers into visionary futures in which the country is shaped by justice, equity, and joy.

Edited by Victor LaValle and John Joseph Adams, this collection features a glittering landscape of moving, visionary stories written from the perspective of people of color, indigenous writers, women, queer & trans people, Muslims and other people whose lives are often at risk.

The City We Became (Great Cities #1)

How Long 'til Black Future Month?

The Future of Another Timeline

The Haunting of Tram Car 015

To Be Taught, If Fortunate

A People's Future of the United States: Speculative Fiction from 25 Extraordinary Writers Reviews

Victor LaValle is the author of the short story collection