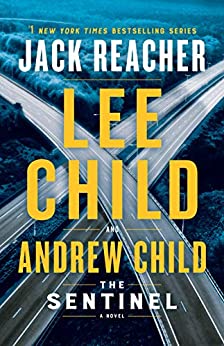 As always, Reacher has no particular place to go, and all the time in the world to get there. One morning he ends up in a town near Pleasantville, Tennessee.

But there’s nothing pleasant about the place.

In broad daylight Reacher spots a hapless soul walking into an ambush. “It was four against one” . . . so Reacher intervenes, with his own trademark brand of conflict resolution.

The man he saves is Rusty Rutherford, an unassuming IT manager, recently fired after a cyberattack locked up the town’s data, records, information . . . and secrets. Rutherford wants to stay put, look innocent, and clear his name.

Reacher is intrigued. There’s more to the story. The bad guys who jumped Rutherford are part of something serious and deadly, involving a conspiracy, a cover-up, and murder—all centered on a mousy little guy in a coffee-stained shirt who has no idea what he’s up against.

Rule one: if you don’t know the trouble you’re in, keep Reacher by your side.

Wicked Deeds on a Winter's Night (Immortals After Dark, #3)

Zero to One: Notes on Startups, or How to Build the Future

The Replacement Guitarist Забравената книга 文豪ストレイドッグス 太宰治と黒の時代 [Bungō Stray Dogs - Dazai Osamu to kuro no jidai] Expectations of Romance: The Reception of a Genre in Medieval England Down to Earth A Practical Guide to Walking in Healing Power Hallowed Ground The Curious Case of Benjamin Button and Other Jazz Age Stories Florizella and the Wolves Reborn as a Space Mercenary: I Woke Up Piloting the Strongest Starship! (Light Novel) Vol. 1

Lee Child was born October 29th, 1954 in Coventry, England, but spent his formative years in the nearby city of Birmingham. By coincidence he won a scholarship to the same high school that JRR Tolkien had attended. He went to law school in Sheffield, England, and after part-time work in the theater he joined Granada Television in Manchester for what turned out to be an eighteen-year career as a pr