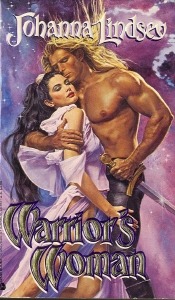 In the year 2139, fearless Tedra De Arr sets out to rescue her beleaguered planet Kystran from the savage rule of the evil Crad Ce Moerr.

Experienced in combat but not in love, the beautiful, untouched Amazon flies with Martha, her wise-cracking, free-thinking computer, to a world where warriors reign supreme - and into the arms of the one man she can never hope to vanquish: the bronzed barbarian Challen Ly-San-Ter.

A magnificent creature of raw yet disciplined desires, the muscle-bound primitive succeeds where no puny Kystran male had before - igniting a raging fire within Tedra that must be extinguished before she can even think of saving her enslaved world...

The Last Hour of Gann

Farin the Dark (The Tellox Accords #1)

Mated To The Alien Beast (Fated Mates of Adonia, #1)

Johanna Helen Howard was born on March 10, 1952 in Germany, where her father, Edwin Dennis Howard, a soldier in the U.S. Army was stationed. The family moved about a great deal when she was young. Her father always dreamed of retiring to Hawaii, and after he passed away in 1964 Johanna and her mother settled there to honor him.