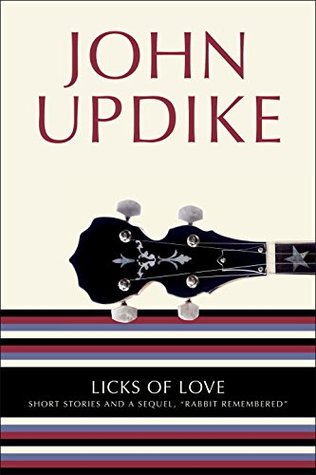 Licks of Love: Short Stories and a Sequel, "Rabbit Remembered"

In this brilliant late-career collection, John Updike revisits many of the locales of his early fiction: the small-town Pennsylvania of Olinger Stories, the sandstone farmhouse of Of the Farm, the exurban New England of Couples and Marry Me, and Henry Bech’s Manhattan of artistic ambition and taunting glamour. To a dozen short stories spanning the American Century, the author has added a novella-length coda to his quartet of novels about Harry “Rabbit” Angstrom. Several strands of the Rabbit saga come together here as, during the fall and winter holidays of 1999, Harry’s survivors fitfully entertain his memory while pursuing their own happiness up to the edge of a new millennium. Love makes Updike’s fictional world go round—married love, filial love, feathery licks of erotic love, and love for the domestic particulars of Middle American life.

We Were the Mulvaneys

John Hoyer Updike was an American writer. Updike's most famous work is his Rabbit series (Rabbit, Run; Rabbit Redux; Rabbit Is Rich; Rabbit At Rest; and Rabbit Remembered). Rabbit is Rich and Rabbit at Rest both won Pulitzer Prizes for Updike. Describing his subject as "the American small town, Protestant middle class," Updike is well known for his careful craftsmanship and prolific writing, havin