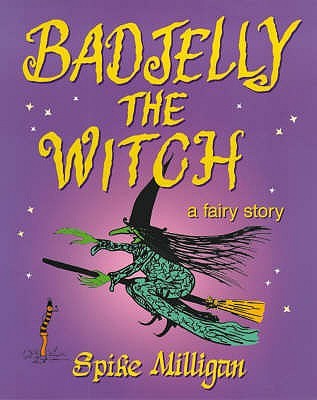 Badjelly The Witch can turn children into sausages or chop them up to make boy-girl soup. She can turn policemen into apple trees or bananas into mice and she is the wickedest witch in all the world.

Searching for Lucy, their cow, Tim and Rose become lost in the great black forest. There they meet Binklebonk the Tree Goblin, Mudwiggle the worm, Silly Sausage the grasshopper and Dinglemouse. When they are captured by Badjelly, it is Dinglemouse who saves them by escaping and fetching his friend Jim the Giant Eagle.

A charming fairy tale which has delighted children for many years, this edition is copiously illustrated with Spike Milligan's own drawings which have been specially adapted and beautifully hand coloured.

Our Revolution: A Future to Believe In

A Lion in the Meadow

The Color Monster: A Pop-Up Book of Feelings

ISIS: The State of Terror

Chernobyl: The History of a Nuclear Catastrophe

Terence Alan Patrick Seán Milligan, known as Spike, was a comedian, writer and musician. He was of Irish descent, but spent most of his childhood in India and lived most of his later life in England, moving to Australia after retirement. He is famous for his work in The Goon Show, children's poetry and a series of comical autobiographical novels about his experiences serving in the British Army in